Cat has put her love affair with Carter behind her and is concentrating on her family and her private investigation firm.
​
By accident, a secret missive is discovered regarding the upcoming arrest of a certain notorious Northest Ohio criminal kingpin and, against her better judgement, Cat decides to warn him. 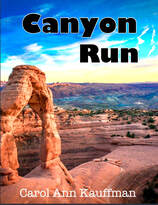 
​A single woman and her Native American ranch hand battle aliens in the
​desolate canyons in the American Southwest.

Gripping tales of lost children, enamored teenagers who lost track of time, a lonely divorcee who had too much to drink, and more. 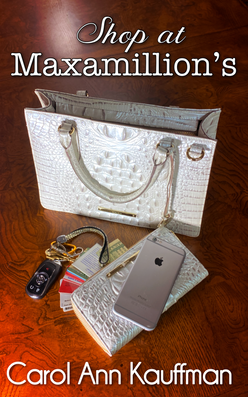 ​Two businessmen start a giant retail department store called Maxamillion's in beautiful, sunny, southern California. The store is a city block long and five stories high. Maxamillion's sells anything and everything you want! Plus all the commercial services you can imagine. It's a shopper's paradise.

Years later, one dies. His daughter takes over for him.

​As the other partner ages and faces open heart surgery, his adult children are called home to help out.

​
A sci-fi tale about the male humanoid in tank number 47-O at an upstate Ohio cryogenic facility who is suddenly needed back on his home world to avert a planet-wide crisis. His emergency thaw is activated. But while Ford struggles to remember his mission and regain his strength, forces are gathering against him.

​Meanwhile, Ford feels an immediate attraction to Dr. Olivia Bellamy, granddaughter of founder William Ulysses Bellamy (Wubsy), the man who put him in the cryogenic tube so so long ago to save his life, and also to separate him from Wubsy's wife who has developed a strong attachment to the tall, thin, ashen alien called 47-O, or Ford. Granddaughter Olivia bears a strong resemblance to her grandmother, also named Olivia.

​From there, things get complicated.

Read a little from my work-in-progress here: https://www.weebly.com/weebly/main.php#/


Brian Keneely is on the run. His office has been blown apart by men with assault rifles. All his colleagues are dead. His apartment has been firebombed. He's on the streets in a foreign country. He's being hunted.

The only ones willing to help him are a sweet old couple from Belarus who lived in an apartment near the office parking lot. Theywere friends of his ex-girlfriend, Gina. They hide him, feed him, get him some clothes. They get him on a truck to Latvia with a promise of a job in the back of a restaurant in Riga to make enough money to eventually get back to the US.

Months pass. Brian gets back to the States, but has no place to hide. He goes to see his old girlfriend Gina, even though she's now married to Raymond Layton, man of mystery.

​     The Painter
​
Arturo BelPittore comes from a long line of famous Italian artists. His grandfather sends him to the US to pick up a family heirloom and, while he's there, hire an art restorer to work on some of the older family paintings that need immediate attention. Four interviews were set up. Only one art restorer shows up - Frank Bellarosa, well, to be more exact, Franki Bellarosa.
“I am so sorry, Miss Bellarosa, but you will not work out. We prefer a man art restorer.”
“My credentials are impeccable, Mr. BelPittore. And I’m the only applicant for the job.”
“Yes, that is true. I do not know why the others did not show up.”
“I do. The BelPittore men have a reputation for being talented, artistic, very handsome, and extremely difficult to work with.
“No!”
“Yes. You guys are throw-backs to the dark ages.”
“What?”
“Are you guys aware it’s 2020? Do you realize excellent art restorers come in all sizes, shapes, colors, and genders? I know I only made the short list because my last name is Italian."
“You,” he pointed at her, “You are very rude. You have very bad manners. And no respect.” He pulled at his collar and shook his head. “You would never fit in.”
“I’m sorry, Artie baby. I thought you needed an art restorer, not Miss Manners. Take your live-in art restorer dream job at the gorgeous Casabella Mansion in beautiful, sunny Italy, and give a good hard shove sideways. I’m out of here.”
Arturo gasped, "Good riddance!" as he slammed the door.
Powered by