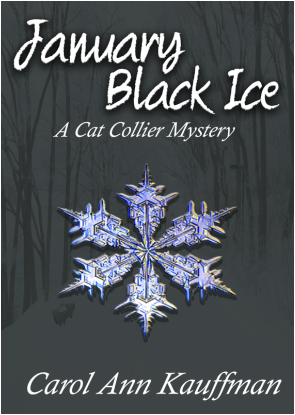 Mary Catherine Collier is called to the penthouse apartment of the city’s very rich, most influential lawyer, Detrick Bittmor. He has a very personal assignment for her. It involves a mysterious young man who sits on a park bench every day at noon and stares up at Bittmor’s top floor apartment.

Mary Catherine, or Cat, as she’s better known, has a soft spot for this lawyer with a nasty reputation. There’s something about this old man she likes, and even finds charming.

And old man Bittmor isn’t getting any younger.

“Name, please,” asked the unknown polite man in the wrinkled suit behind the front desk of the Palazzo Castellano in the heart of beautiful downtown Heaton Valley, Ohio. I looked for a nametag. These guys are always more agreeable when you call them by name. No nametag.
“Mary Catherine Collier.”
“Oh, the obituary writer for the Herald?”
“Yes.”
“I thought you’d be…older.” He squinted at me as if I were out of focus.
“I’m here to see Mr. Bittmor,” I answered as quietly as I could, not for his sake but for mine. My head was killing me.
“Do you have an appointment?” He scanned an appointment calendar in front of him. “Collier…Collier.”
“Would I be here so damn early in the morning on this cold, gray, snow-clogged, icy, miserable day if I didn’t?” I was seriously considering leaping over the counter and choking him. Not a death-grip. I’m not a violent person. Just a little squeeze.
“Shall I take that as a yes?”
“Yes,” I smiled instead of choking him, a much better option I thought, mainly because I still might need his help in the event the cantankerous, old Mr. Detrick Bittmor was less than cooperative.
“Ahh, yes, here you are. ‘Cat’. Mr. Bittmor will see you in the lounge, madam.” He pointed toward the bar. What decent, self-respecting bar is open at seventy-thirty in the morning? And who the hell is madam?
“Madam?” I squealed. “Just what do you think I’m delivery this morning, buddy?” I tried to pull in my bristles, but it wasn’t working. I needed sleep. I needed warmth.
“I have no idea, madam. I’ll bring you some coffee as soon as I ring Mr. Bittmor’s suite.”
“What happened to Fred? I liked Fred.”
“Fred retired. “
“Thank you, ur…”
“Rodney,” he answered with a nod and the teeniest smile, making old wrinkly Rodney appear slightly less creepy, for the moment.
“Thank you, Rodney.” I happily strolled into the lounge, found a table where there was enough light for me to see what I was doing, pulled out my notebook and pen, and patiently waited…for the coffee, not so much for Bittmor.

Detrick Bittmor was the city’s oldest living lawyer-turn-recluse. He’d made his fortune defending the good, the bad, and the downright guilty. It didn’t matter to Bittmor. The only thing that mattered was if you could afford him.
Bittmor lived in the penthouse suite, which occupied the top floor of the Palazzo Castellano Hotel. It overlooked the heart of the once bustling and beautiful city of Heaton Valley, Ohio. Founded in 1806, the city center was set in the middle of Central Park, complete with monuments, statues, and meticulously maintained lush greenness and graceful, curved brick walkways that spread all the way to the Mahoning River. There were two major areas flanking the park, the downtown circular retail section, affectionately called ‘the doughnut’ by the residents, and the Heaton Valley Athletic Club, which housed the convention center, a gym, a restaurant, a smaller, less expensive hotel, a few boutiques, and some little craft shops.
Detrick Bittmor’s suite was his reward for negotiating a settlement in a case involving the federal government versus hotel owner, the now-deceased Elwin Foster, also known as Boss Foster, and his ring of underage Russian girls who were brought to town on the pretense of participating in a work-study program in hotel management, which turned out to be room and board and sex acts. Rumor had it Bittmor bought the hotel when Foster died, but the owner is listed as a holding company in Canada.
Rodney carried in a tray with white mugs and a pot of coffee. He carefully placed a mug in front of me and poured. It was hot and dark and steamy. I wrapped my cold, stiff fingers around the mug and sipped. Heaven…
I was pulled out of my religious experience by the clomp of Mr. Bittmor and his cane moving slowly but steadily across the wooden floor toward me.
“Cat! Thank you for coming so early in the morning. I wanted some privacy while we discuss my proposal.”
“Ahh, that’s sweet, Mr. Bittmor, but I can’t marry you. We’re both Pisces. That would be four fishes swimming around in opposite directions. We’d never get anything done.”
“No,” he chuckled, clutching his chest, “that’s not what I meant. I have a… matter I wish to discuss with you, something I think you are uniquely qualified to handle. It’s a very personal matter to me and I ask your utmost discretion. And I pay very well.”
“I don’t do anything illegal.”
“I know that. What I’m asking you to do is not outside the legal parameters of the law.”
“Your outside and my outside are two different playgrounds.”
“There a new resident in Heaton Valley, a young man about your age. I need some information on him.”
“That’s it? Sure, I can do that. All I need is his full name and date of birth and I can pull him up on the computer.”
“I do not have that information.”
“You don’t have his birthdate?”
“No.”
“That’s okay, most of the online databases will work with an estimate. You say he’s about my age? So we’ll go with between twenty-two and twenty-eight, does that sound about right?”
“He’s twenty-four.”
“Okay, twenty-four year old male,” I jotted notes in my notebook. “Name?”
“I believe he is using the alias, Carter Brooks.”
“An alias is probably a dead-end.”
“He’s been here about a month. He’s working at the drugstore on the corner. He spent Christmas Day on that park bench, looking up at my windows.
“Maybe he’s homeless. Did you send Rodney out to invite him in for Christmas?”
“No.”
“Did you at least send him food? It was Christmas, Detrick! You don’t let a guy sit alone and hungry on a park bench in the cold on Christmas Day!”
“I never gave it a thought.  He eats his lunch on that park bench across the street and stares up at my apartment every day.”
“Mr. Bittmor, maybe this poor guy is just looking at the sky. The sky is a gorgeous, vibrant blue in January.  The clouds are beautiful. Wait until February when the sky is as cold and gray as the streets, the buildings, and our dispositions. See if he’s still staring up toward the sky then! Why do you think he’s looking at your penthouse apartment?”
“I’m suddenly very tired, Miss Collier. Maybe this wasn’t such a good idea.” He held his head and the color seemed to drain right out of him.  “I think I need a nap.”
He attempted to get up. I reached out and touched his arm. “Detrick, I want to help you. But I can’t help you if you’re not honest with me. You know whatever you tell me will be completely confidential.”
“Oh, I know. That’s why I called you. You are trustworthy, and that’s not an adjective I’ve tossed around lightly in my lifetime. Trust and loyalty, Cat, are hard to come by these days. I know whatever I tell you is completely confidential. I can invoke the client and his obituary-writer privilege, you know. Not a word until I die! This is just a delicate subject with me.”
I stared at the old man. He seemed much older than his seventy-two years this morning. But I got up at seven o’clock in the morning and slid my way through the ice and snow to get here, I had a headache, and I needed to buy new snow tires, so I wasn’t letting him off the hook.
“Who do you think this man is, Detrick?”
“I believe he’s my son.”
“Your son? I didn’t know you had a son.”
“I didn’t, either, until last July in fact, when I got this letter,” he said. His hand trembled as he passed the worn, fragile, often folded and refolded letter to me. I opened it and read…

I read the letter over and over. My heart hurt for this woman I did not know. I already liked her before I knew anything else about her. I looked up. The big, bad lawyer was weeping silently, his hunched-over shoulders shaking in unspeakable grief.
“She passed away in October, three months ago,” he whispered.
“And he showed up on the park bench last month? In December?”
“Yes.”
“Has he made any attempt to contact you?”
“No.”
“Are you sure? Front-desk Rodney could have lost the message.”
“I’m sure. Rodney gets paid very well for his attention to detail, my details. I saved him from the state pen. Rodney’s been in my employ for years, in many other capacities, this being the cushiest. He’s extremely grateful. And maybe a little fearful.”
“What is it exactly, Detrick, that you want me to do?”
“I want you to make friends with him. Get close to him. Find out…”
“Mr. Bittmor! I will not seduce this guy to get information for you. Who the hell do you think you are?”
“I know damn well who I am, Mary Catherine, and I know who you are. He doesn’t need seduction. He needs a friend, a solid, dependable friend with a big heart and good judgment.” Detrick pulled a photo out of his shirt pocket. “This was me at twenty-five. Donna said he resembles me.”
I looked at the photo. I got a lump in my throat. For Donna and this young handsome man in the photo. For the lonely guy on the park bench. For this couple that loved each other but ‘couldn’t make a go of it’.
“Detrick, you old devil. You were so handsome!”
“Yes, and I knew it. He is, too, but doesn’t know it. I watch him walk, hands in his pockets, head down, lost and alone.”
“I don’t know about this. I won’t spy on him for you. Send Rodney.”
“No. I specifically want you to do it.”
“I’ll go sit next to him on the park bench and I’ll tell him his long-dead daddy has resurfaced and wants to meet him.”
“No! Absolutely not, under any circumstances.”
“Again. What exactly are you asking me to do?”
“Meet him. Talk to him. Be his friend if he’ll let you. I don’t want you to deceive him. I’m trusting you with the most precious thing I have, my only child, my son, my only heir.”